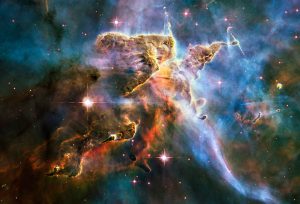 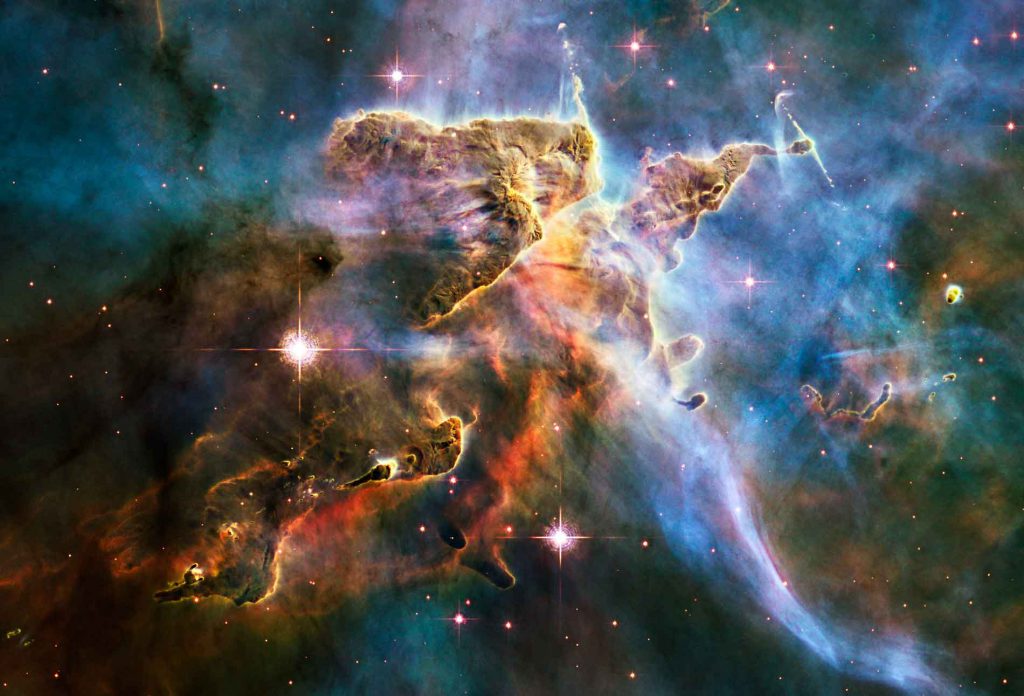 It’s the last Super Moon for a while. It looks like a giant, Sunkist orange here, the type of orange that brought ridiculously optimistic color and outrageous flavor to your lips and a pungent fragrance to your sense of smell as a kid. The Moon as a carrier of experience, a remembrance of things past. This is of course a sentimental phase of the Moon, that Cancerian crooner, resonant with songs like “Moon River” by the “Light of the Silvery Moon” and “Fly Me to the Moon.” It is the pale, round seed in the night sky, ready to be planted in the garden of memory for the days that await us, yet to come. In Libra, we strike a momentary balance in the first breaths of the equinoctial sky. This Moon has radiated and bathed us before, for hundreds and thousands of years, the promise of the new in it’s cyclical, ritual light. But these are not the gateways to days that eagerly tumble and roll into summer. These are different times and the innocence of prior ages has been eclipsed by shadowy figures that obscure the light and whose intent is to plant a different seed, one that sprouts from a savage garden, illuminated by darkness, bearing the poison fruit of anti-life. For now, the brief respite of this Moon gives pause to other times; the return of baseball, the courtship of sparrows, the building of nests and the promise that all things can begin anew—in essence a season of resurrection.

It’s not hard to notice that things have changed, the world has hardened and people steel themselves for the next event that promises bloody evidence, visceral remains, causing people to draw the rope of security ever tighter, until it becomes a noose. From 9/11 on we’ve become exhausted by one shooting after another. First it’s bad Muslims, now the script has changed and it’s bad Whitey. An executive decision has been made across all platforms, as the South Node in Capricorn becomes the symbol of faltering relevance for the oligarchs, tyrants and nimrods it represents.

They are in full panic mode and they have to quicken the pace and accelerate the agenda. When that happens, shit gets sloppy.

Perhaps someone should have told the architects of the augmented reality show, known as the Christchurch Mosque shooting on the Ides of March that they did it on a Mercury Retrograde. Maybe, perhaps too late, they figured it out as anomaly after anomaly jumps out of the first person shooter screen. Shell casings seem to disappear into thin air, never touching the ground. Some actually appear to fall out of the sky and not the guns themselves. Buckshot is repeatedly retarded by the shooters windshield, never once ricocheting back to the shooter, turning his face into a lead laced bloody pulp. Everything about the event defies some type of physics or at the very least, human behavior. Bodies are piled in corners like animals layered in some form of protective strategy. Who’s on the inside? Women? Children? Old men? The lack of defense or even movement makes them appear to be even more martyred. Martyrs don’t offer resistance. They simply allow tragedy to turn them into an imitation of Christ. It is Christchurch for Christ’s sake and yet these are supposedly the followers of Muhammed—JC’s replacement if you haven’t received the memo.

With Mercury conjunct Neptune and the Sun, at the apex of the chart for the event, the message is sacrificial, clearly the tolling of the bell, the bell that tolls for the fall of the West or so they want you to believe in yet another lie.

Onto the scene sprouts a stringy haired politico, Jacinda Ardern (sounds like ardent), a Leo Sun, former club DJ, now getting lessons in machine gun etiquette from John Podesta. Ardern’s Moon is in ambitious Capricorn, getting a heavy dose of Saturn at the moment. Podesta shares the same birthday as Elvis, Bowie and R Kelly, making him of course a Capricorn with a likely Sun/Moon conjunction with Ardern. You know, Capricorn is related to that old goat, Baphomet, a hermaphroditic icon of ritual worship. Ardern has been seen with what looks like a full fledged cock swinging between her legs, add the boobies, long, Patti Smith-styled-black hair and you’ve got Baphomet’s baby girl/boy.

Another aspect about Ardern’s chart that I found interesting is her Chiron in Taurus at 17 degrees, is conjunct Mars in Taurus at 19 degrees, the 12th House Mars of the mosque shooting. It’s natural to see Chiron perhaps as a healing force in the situation, but perhaps it’s also an energy that’s poised to take advantage of a martial tragedy. The Sabian Symbol for Taurus 17 is “A Symbolical Battle Between Swords and Torches.” Rudhyar describes this as, “a polarization of values.” That much is clear as the polarization is creating energy for change. Get ready New Zealand, it may be a full moon, but the crescent moon is clearly upon you.

While Neptune is anchored in Pisces for what seems like eternity, humanity awakens from the dark of sleep, the spell cast over two-thousand years ago, not around the sacrifice that is on the horizon, but the cult that descended from it. It made us civil, but also docile. While the other cheek was turned, it was struck again and again and again until the jaw was swollen and the tongue twisted into contortions that couldn’t articulate the rage that was on a daily dose of forgiveness. Trump came along and changed all that. He might not have done any more, but that’s been enough. He was the alarm clock and both sides took notice. Now the race is on. Can humanity awaken in enough time? Will Logos amplify the truth so that the agents of darkness and illusion are incinerated like vampires at the first rays of the new dawn?

Jupiter in Sag is a crusade into the irrefutable space of truth, and it’s about time. Spring is here. The Sun is conjunct Chiron. This is a special time. The spiritual warrior within you has heard the call. The sleeper cell of your cosmic consciousness has been activated. Let the games begin.

3 thoughts on “The Last Super Moon, The Ring of Spring, Sun Conjunct Chiron, Awakening The Spiritual Warrior, & The Mercury Retrograde Mess of Christchurch”