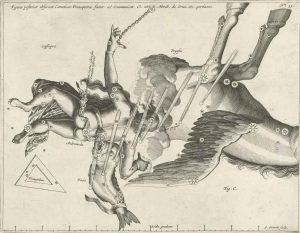 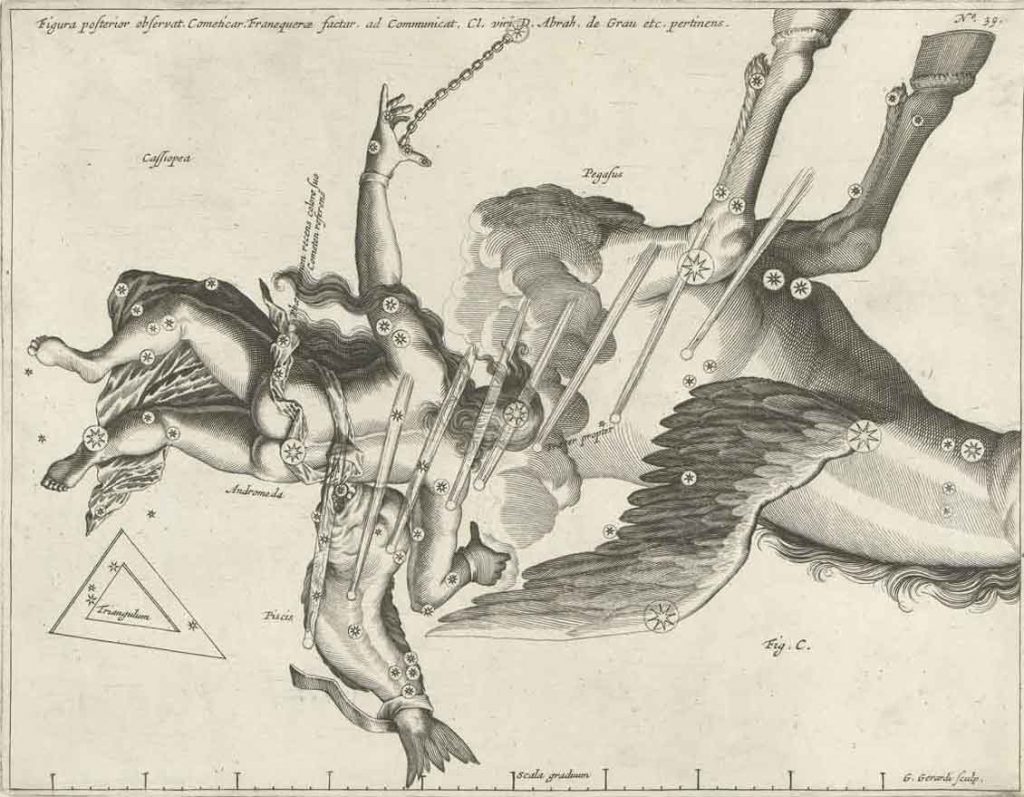 This is the second installment of Murray Hill’s three-part-series on Capricorn with some new wrinkles in it’s ancient tale.

The Capricorn astrological archetype carries within it an inherent duality that is given visual expression in the symbol of the Goat-Fish. It is commonly referred to as a “fish tailed goat” or just “the goat” – a description that serves to emphasise the Goat aspect and to diminish the Fish aspect. The fish tail has been largely reduced to the status of a decorative graphic flourish, or an archaic descriptive coda.

Over the millennia the two essential aspects of Capricorn have been split apart, with the Goat bearing the large part of the astrological and psychic weight of the archetype, while the Fish is to be found drifting in the plutonic shallows. This internal schism is one of the fundamental sources of the problematic and compromised expression commonly associated with of this zodiacal entity.

Capricorn in its fullness is accurately represented by the epithet “The Goat-Fish” as it is by its very nature simultaneously and equally both Goat and Fish. Within this image and its accurate historical name, we find the fully integrated Human personification of the living Capricorn archetype. This is the fully formed, mature, adult, integrated Human Being – The Artist of Spirit. This archetype is active within all of us, and is available to us all. Beginning in late 2017 this energy is fully activated as Saturn enters its home in Capricorn. For this reason it is particularly appropriate and essential that the bearers of the Capricornian archetype and the Saturnian energy speak their healing truths. The Saturninan black magic spell can and will be broken and subsequently transmuted.

The splitting apart of this archetype is a graphic portrayal of the dark and self destructive aspect of the very same Saturnian energies that find their home in this sign. Capricorn is born of, and sacrificed to the Saturnian energies. This is the betrayal by the angry, psychopathic father-god figure. The corporeal Goat witnesses and experiences damage, destruction and harm in the concrete physicality of three dimensional time and space. The psychic Fish channels the individual, collective and planetary wound within the spiritual waters of life itself. It sees and feels everything. This psychic aspect has been deeply and harshly repressed in both Capricorn and Humanity for millennia. Fully formed, fully functioning Human Beings are a threat to the controllers – as in this state they cannot be controlled.

Within the word “capricorn” we find the roots caper (goat) and cornu (horn). Abundance and plenty are intimated by association with the word “cornucopia” (the horn of plenty), which shares the root cornu. In ancient times the Goat-Fish was associated with the muddy clay of physical creation – think pottery and the associated beneficial knowledge – there is a great sense of gifting here. The seamless transition from land to water continued into the depths of the primeval underworld – the unconscious mind, the lands of the ancestors, the psyche and Spirit. The Goat-Fish facilitated communion between the physical and the non-physical realms. What emerges is a picture of a beneficent friend and ally for Humanity. What is being described is the process of integration within the Human Being; expressed and communicated in the form of a sublimated and externalised “god” entity. The god within.

Historically, as the dark Saturnian rule over Humanity became more acute, the altruism of the earlier “gods” was inverted and recast within the mold of despotic control and blood sacrifice. All that was good, true and life supporting was inverted into its crude opposite. The watery underworld of Spirit became Hades and then Hell. In so doing the life giving planetary energies were damned. The Goat became the sacrificial scapegoat (goat/caper/scape) and ultimately the horned Devil (problematic Pan turns up in there as well). The inversion of the Goat-Fish is now complete, and any positive aspects lie occulted beneath the false veneer of the Devil and Hell. That which is of the flesh (and not sanctioned by the priests) is now the work of the Devil, and anything of Spirit (not sanctioned by the priests) is of Hell. This degrading process of inversion continues apace in the present day, in all aspects of Human existence.

The separation of Goat and Fish represents the separation of Spirit and matter, or Spirit and body, and that is what we are all experiencing in these contemporary times. The current dominant ideologies are global death machines, engineered to destroy all real connections with Spirit. The end game for the self anointed masters is to have total dominion over our physical beings. The so called “trans-humanist” movement being a perfect illustration.

As the planet Saturn returns to Capricorn we witness the Goat-Child literally “pull itself together” and in so doing it shamanically recapitulates, reassembles and reconfigures its shattered and lost energetic fragments. This planetary moment is pregnant with the potential for individual, collective and planetary healing. And this healing is founded upon the mastery of the very same Saturnian energies that destroyed us so very long ago, and have continued to enslave and exploit us over the intervening millennia. This mastery and energetic transmutation is the work of the Goat-Fish.

Spirit and matter are one. The deeply flowing chthonic waters of Spirit give rise to and come into expression through what we experience as matter, as nature, as our bodies. The Goat and the Fish are as one. In Capricorn the roots of the mountain plunge into the abyssal depths of the mystery that we all are. The Fish swims these psychic depths, emerging as the Goat who continues the ascent to the summit of physicality.

The old Goat of the current dark age was left high and dry, or possibly floundering in the shallows. It was a half-being, a lopsided and incomplete chimera, cast onto the earth while being deeply compromised by the loss of its connection with the life source itself. This was the still birth of the Capricorn spirit.

A time of rebirth and renewal is upon us, right here, right now. It is our time to plunge back into Spirit, to embrace and be reunited with the Life Force itself. We are who we have been waiting for. We are our healers. We are our shamans. This is the time of transmutation of the Saturnian emanation. You are your Artist of Spirit.

PART ONE OF THE GOAT TRILOGY.

Murray Hill is an illustrator, artist, poet, and mage living in New Zealand. He’s currently working on a mind blowing tarot deck, which will be available in 2018.