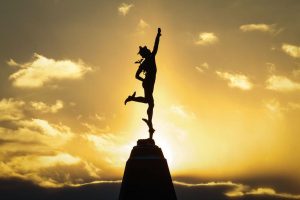 The True Node is in Gemini and the USA is on the move. From Williamsburg to Willamette, people are buying RVs, vans, and hooking up with U-Haul at an alarming rate. I don’t have to fill in the social blanks as to why, most of you that have read my blog are clued in. Totalitarian standards are becoming de rigeur in the time of Corona. With the South Node in Sag, expanding laws at a disproportional and rapid rate, the wheels of the greatest migration phase since the dustbowl are upon us.

In astrology there is an art called, “Relocation” and it allows the querent to understand where the energies of a place emerge through a chart that is different than the natal chart as the natal chart is relocated to a specific area.

A brief snapshot of this application is called, “Astrocartography” and it gives a person targets to narrow their search based on cardinal points.

When I was twenty-four, I had my first, real dose of Astrocartography and relocation as I went to London for the first time, and in less than 24 hours, found myself attending a memorial for a person I didn’t even know. Four years later, when I had a reading from Jim Lewis, the creator of Astrocartography, I discovered that Pluto on my ASC runs right through London. Being that Pluto is a planet associated with death, and my time at the memorial, I was hooked.

Many years later, I’ve learned and understood the potential in relocation, from both a personal and professional level.

But there is much more to just firing up a free version of Jim Lewis’s program. Charts need to be relocated for full effect. Not only that, but the astrology of the city, state and even country should be taken into account when a move is in the works, and of course, there’s always timing.

In this three hour webinar, I’ll show you how to spot good locations, convert your chart via relocation and and where you can find the charts of various cities, states and countries and how to apply that knowledge,

I’ll also pass along the difference between the two charts (natal and relocated) and how they work in tandem with one another.

I’ll also show you why and where Saturn and Pluto can be an allies and where they can be a real devils.

By the end of the webinar, you’ll be able to tackle your own re-location quest.

I’ll have plenty of time for a Q&A as well.

You will get a Zoom link on Saturday morning, 11AM CDT for the event.

A video record for all will be available.

Hope to see you there.